“But such cables will not be constructed, for ere long intelligence—transmitted without wires—will throb through the earth like a pulse through a living organism.” – Nikola Tesla

Westernchain is a project that enables users to share PV green energy in a microgrid.

The users are part of an energy exchange community in which rules and energy flows are managed by a complex blockchain network.

The need for an energy sharing community comes considering the energy market traditional process. Take a customer: in this process the customer usually has no decisional power at all in the system, indeed he is subject to the terms defined by the contract signed with the utility company. 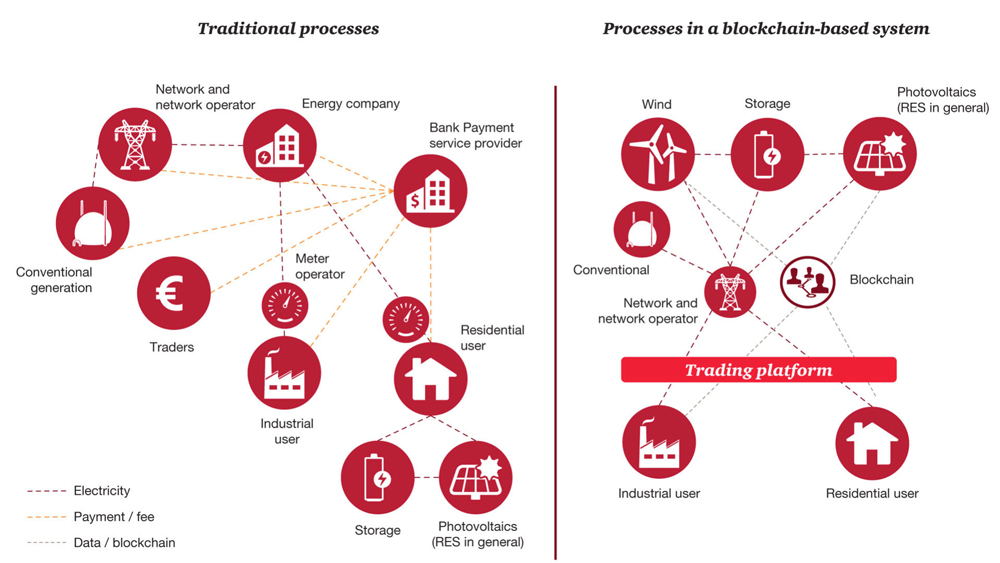 The introduction of the concept of decentralized network, typical of a blockchain architecture, allows consumers and producers to play they roles at the same level. Smart contracts defined and signed in agreement between all the participants of the community will manage the interaction between them. 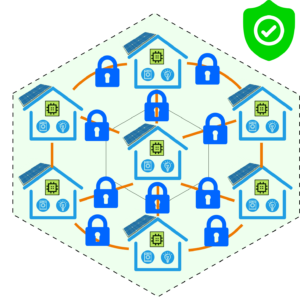 Energy will be exchanged across the network prioritizing self-consumption and limiting the amount of energy absorbed form the electric public grid. The energy management algorithms are part of the smart contracts, so they are safe and effective.

The advantages of this system are mostly for the users. The users are considered prosumers (producers and consumers) and have the possibility of sharing energy in a smart, safe and efficient way, thus having a financial benefit. In fact, in the community prosumers that share their energy with other users will be awarder with tokens which represent a virtual currency only valid inside the network. 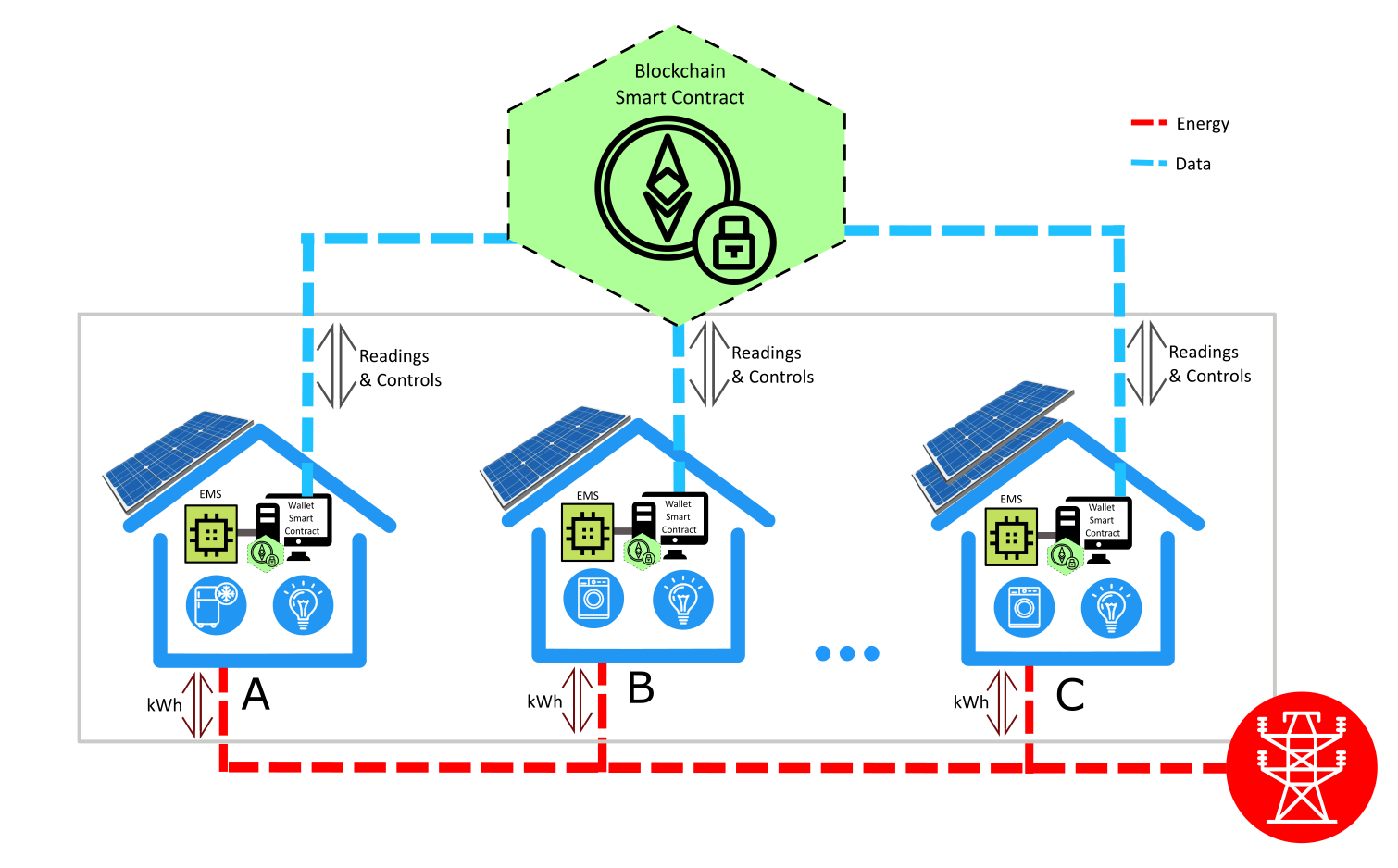